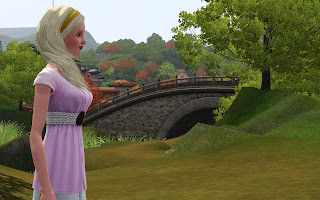 "China was beautiful, and seemed so big after being on the island for so long." 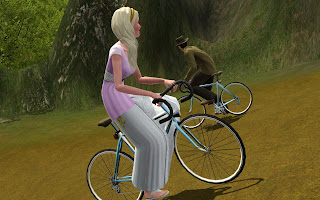 "And, best of all, there were other people around.  Being a loner, I don't need other people much, but even I miss seeing people after awhile." 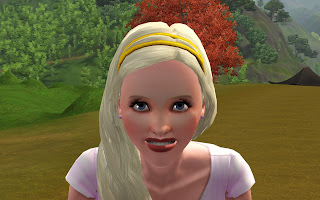 Um, but what's with that face you're making while you're riding around?  It's creeping me out!

Seriously, though, the face Sims make while they ride a bike... 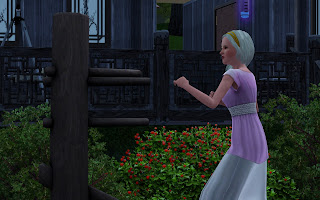 "China is so beautiful!  But eventually I found my way to the martial arts academy.  I'm a disciplined Sim, after all, so martial arts comes naturally.  ...So I just hit this thing a few times, right?" 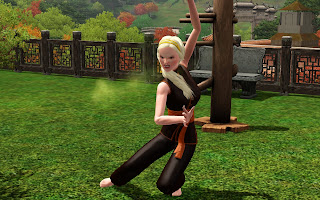 "By the time I called it quits after my first training session, I was very stinky but I'd earned an orange belt." 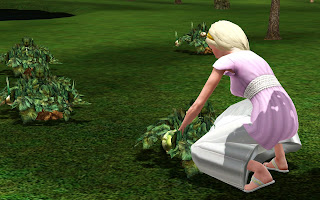 "Then I found a wonderful garden patch.  These fruits and vegetables should be very useful back at home.  While the island is very barren, my player says that it's fertile enough to grow food.  I don't know how interested I am in that though, and it would probably take up a lot of space." 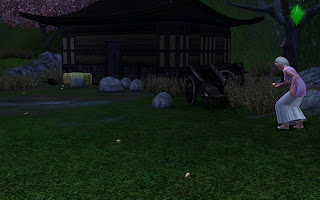 "But my player insisted that I gather seeds as well - there were quite a few by this old barn, though it was a bit of a hike getting there." 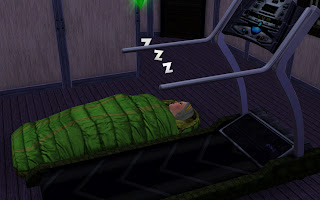 "For convenience's sake, I'd brought along my sleeping bag from home and slept on the academy floor.  Nobody seemed to mind, and it saved me from having to go all the way back to the base camp." 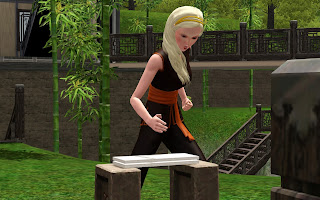 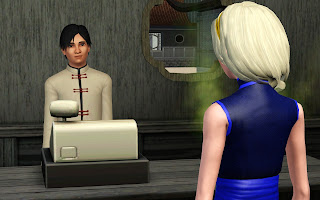 "Before I left, though, I made a quick stop at the marketplace for a few books, a board breaker of my own, and my player insisted on some more fruits and veggies and a lot of fish.  Of course, with all the martial arts and plant gathering I spent most of the trip pretty stinky, but the guys at the marketplace were polite enough to ignore that." 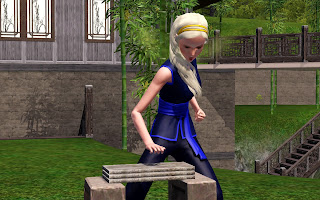 "By the time I was ready to leave I'd earned a blue belt and was breaking 4 stone boards at once (I added one right after this pic was taken).  And that's what I did in China."

I think you skipped something...

"No, really, that was everything." 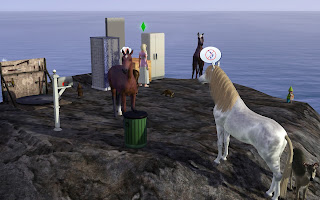 "Before I knew it, my time in China was over and I was back home.  I... forgot how small and empty it all is." 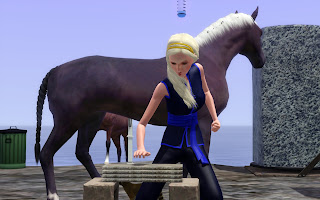 "But I brought back a few reminders of China.  It was nice being able to continue practicing my martial arts." 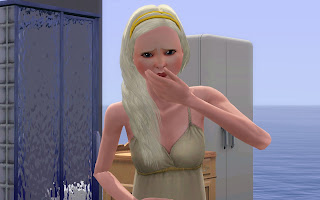 I think that's not the only reminder you brought back from China...

"What are you talking about?  The nausea is just from the food on the airplane." 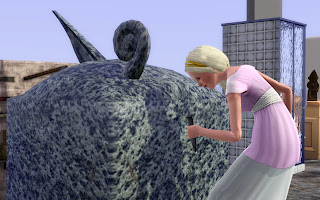 I see that your sculpting theme has changed as well...

"I just got tired of sculpting men all the time.  I thought that I'd do something a little more abstract this time." 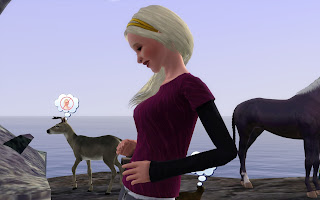 And what about the wardrobe change and the belly bulge?

"I've just been eating a few too many pomelos lately.  I'll work it off and then my old clothes will fit again..."