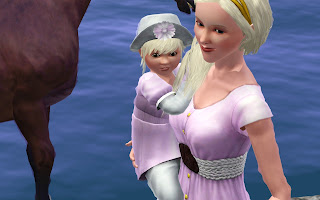 "Before I knew it, Zhen was a toddler.  She really takes after me, don't you think?" 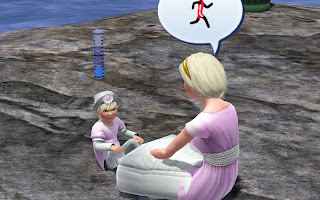 "I immediately got to work teaching her to talk... properly.  Say 'It's not proper for a young lady to run'." 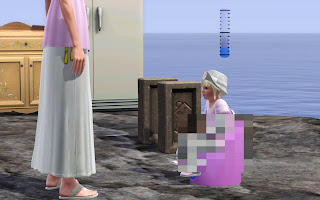 "Yes, and all princesses don't make their mommies change any diapers, okay?" 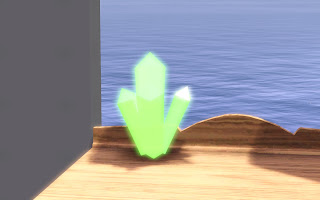 "But then, much to my surprise, that jewel I decided to hang on to grew!  And it was worth... well, let's just say that I got my lifetime wish.  Now can we have a decent house?" 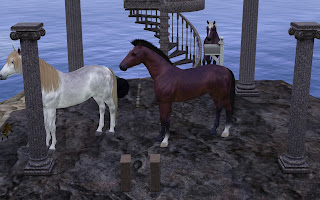 "And it seemed only an instant later that we had a lovely little tower to live in!  We abandoned the ground level and left it to my animal friends, who seem much happier having it to themselves." 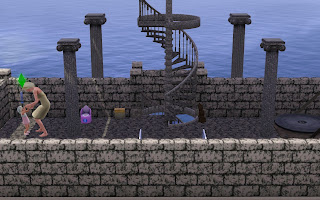 "The next level up is only half-sized, and a sort of viewing deck.  The player said that she'd build a new room for Zhen at the top of the tower later..."

"...So for now Zhen's things are here, but she doesn't seem to mind.  Here I am teaching her to walk with her head level like a proper young lady... and we're both in our nightdresses...  I need to teach both of us better..." 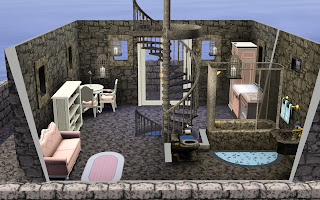 "This is the next level up, where the tower really starts.  It has a small kitchen, eating area, reading nook, and bathroom." 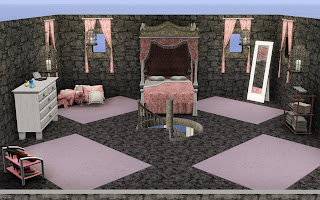 "And here's my luxurious bedroom suite.  I'm living like a Queen now - but that's only right.  This island is mine, isn't it?  And I'm the mother of a little princess.  So of course I'm a Queen." 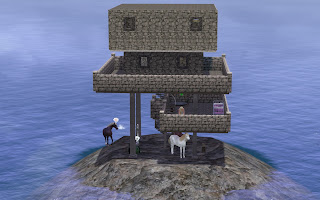 "The tower looks a bit odd from a distance though..."

Hey, when you have so little room to work with, function trumps form. 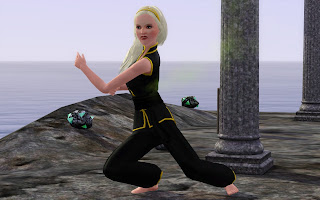 "Shortly after we settled into our greatly enhanced abode, I became a master of martial arts." 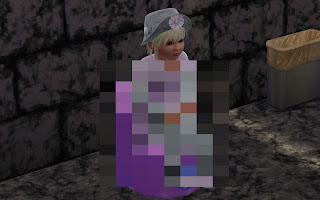 "And Zhen became a master of using the potty.  Mommy is so proud!" 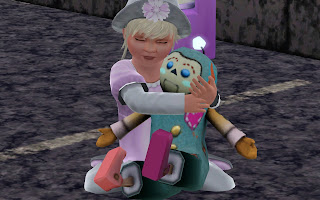 "She plays with all her toys, but her doll is her favorite.  She named him Edward." 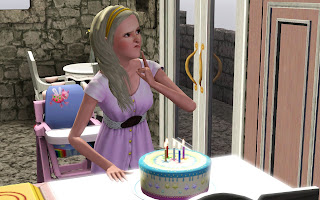 "Somewhere among all of this, my birthday came up when I wasn't really paying attention.  Let's see, what to wish for?  I think I already have everything I want...  Can I wish for it to not be my birthday?  Please?" 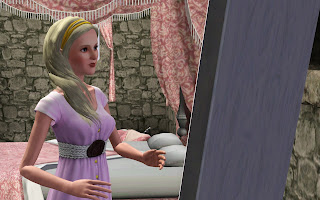 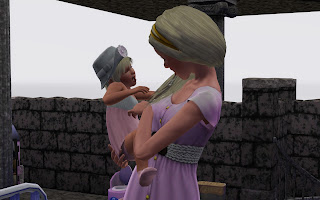 "But Zhen is a great distraction from those thoughts she always wakes up in such a good mood, so that's when we have our little mommy/daughter moments.  It's a good way to start off our day before she runs off to play and I work on my sculpting." 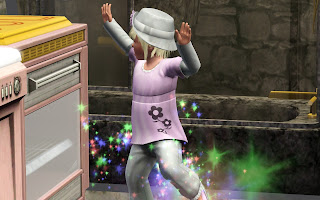 "But before I knew it, my little princess had another birthday of her own." 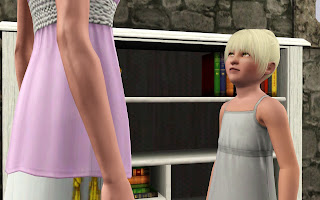 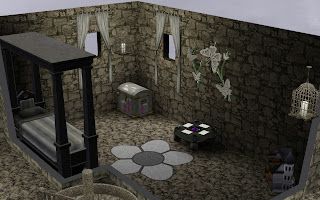 "Where are all the pretty colors?  I think that I might cry!" 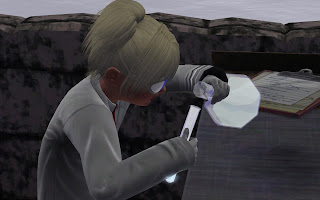 "And another thing that she asked for was a chemistry set.  I'm not sure if it's a proper thing for a princess to be doing, but I eventually said yes.  The player said that it's a common hobby for children with dolls." 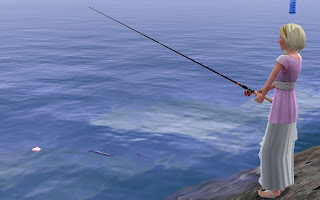 "I guess I'm just used to my little princess not having so many of her own opinions.  Though I suppose there are some advantages to Zhen getting older.  I don't feel worried about leaving her alone in the tower for an hour or so whenever I start to feel stir crazy." 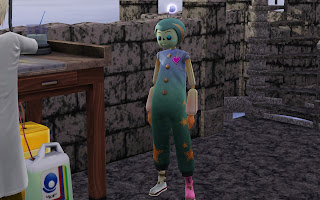 "Though I keep getting the feeling that she's keeping something from me."
Posted by Avalikia at 12:49 PM